He didn’t say any words to her; he had no idea what to say, so he simply held her till the sobs subsided, till he eventually heard regular breaths indicating that she had fallen asleep, and till the sound of her breathing finally lulled him to sleep too.

There was a knock on the door, a timid one at first and then it was followed by some more insistent knocks, Ade broke out of his reverie, and he shook his head and looked up from the letter he was holding. He stared at the door somewhat puzzled. He hardly ever received guests, he was a loner and most of his social life was restricted to the school premises. The knocks became more insistent and Ade finally pushed himself up from where he sat and went to open the door.

Julia was in the doorway, she side-stepped him and walked into the room. His place was sparsely decorated and certainly lacked the homely feeling of Julia’s place. Ade stared after her as she walked into the room, he had shut the door behind them and stood leaning against the door post. She thoroughly confused and amazed him, even scared him sometimes. He did not understand the kind of relationship they were in, or even if they were in a relationship, all the same, he somehow found himself playing along. Sometimes she just showed up at his place and acted like they were in a proper relationship, she would clean his place, whip up something for them to eat, all the while playing slow music. The first time he caught himself smiling as he watched her dancing-gliding to a really popular tune, he had to remind himself that she was Teniola’s cousin and that whatever may have happened between them, they could not be in a relationship. It was not difficult to tell himself this as Julia constantly drummed it into his ears.

Once or twice she had caught him smiling while staring at her and she had smiled back, at other times she scowled, stopped her dance-glide and went about her cleaning briskly. He really found her confusing, but as time went on she intrigued more than scared him, but the whole situation still confused him. Sometimes she left right after they ate, sometimes she stayed over and listened to his jokes, he didn’t think they were very funny but it was the only way he could come up with to hide his initial nervousness and to try to deal the awkwardness of the situation and as time went on he discovered that it was the only way he could keep conversations from steering towards Teniola. On rare occasions she would stay the night or she would ask that he walk her all the way to her place and then he would stay the night.

They only had sex when it was initiated by her, whenever he tried to initiate it, she would push his hands away and turn her back to him and if he made further attempts, she simply got up pulled the duvet off him, took her pillow and found a spot in the room to spend the rest of the night. When she got up to do this, he never followed her. He would stay in bed and usually, this was followed by tossing and turning until he eventually slept off. At first, he had only had sex with her to avoid her outbursts and moods, usually she would be calm for long periods after they had sex. Of recent however he had found himself looking forward to sex with her.

He had also began to discover feelings he refused to acknowledge or name deep within himself for her. He always told himself that it was lust, that it was the sex playing games on him and that Teniola was everything he wanted. He also constantly told himself that he was only getting carried away because Teniola was so far away and had been far away for a bit too long.

“She’s coming back” she simply stated. She had not said a word since she walked into his place and neither had he. He knew why she was there but couldn’t bring himself to broach the subject. Now that she had finally said it, he still couldn’t bring himself to say anything. He didn’t know what to say anyway. No matter what he came up with, she would find a way to make him look bad. So he simply stood there staring at her till she continued. At least he was now able to match those unnerving stares of hers. He smiled as the thought crossed his mind.

“Why are you smiling?” she asked “Your girlfriend is coming back so you are happy right?”
“No it’s not that…” He started but she immediately cut him short. “Oh you are unhappy she’s returning?”
“No that’s not it; I wasn’t smiling because of her”
Julia held up her hand “Please spare me, have you written her?” He shook his head.
“Why?”
“Julia I only just got the letter”
“Oh ok, anyways, I’m here to let you know that it is important that you do not hurt the poor girl in any way, whatever you did while she was away” she paused and then continued “whatever we did while she was away was none of her fault and she should not have to suffer for your misdeeds.”
“So we are to pretend while she’s here as if nothing happened?” Ade asked
“Pretend, lie, do whatever you have to do, just do not make her sad, do not make a betrayer out of me”
“And what about you?” Ade asked
“I don’t have to lie or pretend, you are hers and I knew this all along, I never forgot this, all I have to do is act accordingly, it won’t be pretense on my part”
“No I meant will you be fine while she’s here, being my girlfriend, while I’m being the proper boyfriend you are asking me to be to her?”
“I’m not asking, I am telling you, that’s the only way it can be Ade”
“Will you be fine?” he asked once again.

“Of course I will be fine, I knew this would eventually happen” at this point, her voice broke and as her shoulders slumped, he knew what was to follow. He walked over to her slowly and took her in his arms. He felt the jerk of her shoulders as she sobbed, felt her tears wet his chest through his t-shirt. He wished he could take all her pain away, make her happy again, happier than he met her but he couldn’t bear the thought of hurting Teniola, the thought of making her cry like Julia was doing right now. He also couldn’t bear to see Julia so unhappy but the confusion he felt at that moment was nothing compared to the wearying helplessness he felt.

For some reason Kenny’s awkwardness immediately put Claire at ease. She threw Tai a shy quizzing look and redirected her attention to Kenny. When he was done examining his phone, Kenny stood staring till Claire became uncomfortable and took a few steps back. She turned on her heel and was about to leave when Tai’s voice stopped her.
“This is Kenny, my name is Tai”
She stopped and turned around to face the boys again. Tai stopped speaking; he didn’t know what to say next so he stuck out his hand for a handshake. Claire took the hand hesitantly and shook Tai briefly. Kenny stood there, still an observer. Tai then turned, looked pointedly at Kenny’s right hand and then looked him in the face. He stretched out his hand and muttered gruffly without looking her in the face; “Kenny”
“Claire” she offered.

She decided she could tell the difference between them now. Tai was the friendly one and Kenny was the socially retarded one. She actually smiled at the thought and at that moment, “socially retarded” didn’t sound so bad.

“Hi, my name is Bob” The trio had been so engrossed in “getting to know each other” that they had not noticed Bob walk up to them. Tai heaved a mental sigh of relief, Bob would know what to do, he knew what to say to women, he was a ladies man after all. Kenny was also relieved, at least Tai would not be the star of this show anymore. Bob would take over and show all three of them, how boys and girls had conversations and then he would not look like so much of an idiot after all. He still did not know why the girl made him feel the way he did, he did not even know how he felt but he didn’t like it.

“I’m Claire” she was getting really good at this. Introducing herself to people without stuttering, without wishing that the ground would open up to swallow her.
Bob stood there for a few moments while the twins stared at him expectantly, then he bent to pick up the basketball lying on the bench and walked away from them. A minute later, they could hear him bouncing the ball. After a few more awkward moments filled with silence, Claire said a quiet good bye and walked away. As Claire walked away, she really felt good with herself, “I will show that woman yet. . .” she thought. 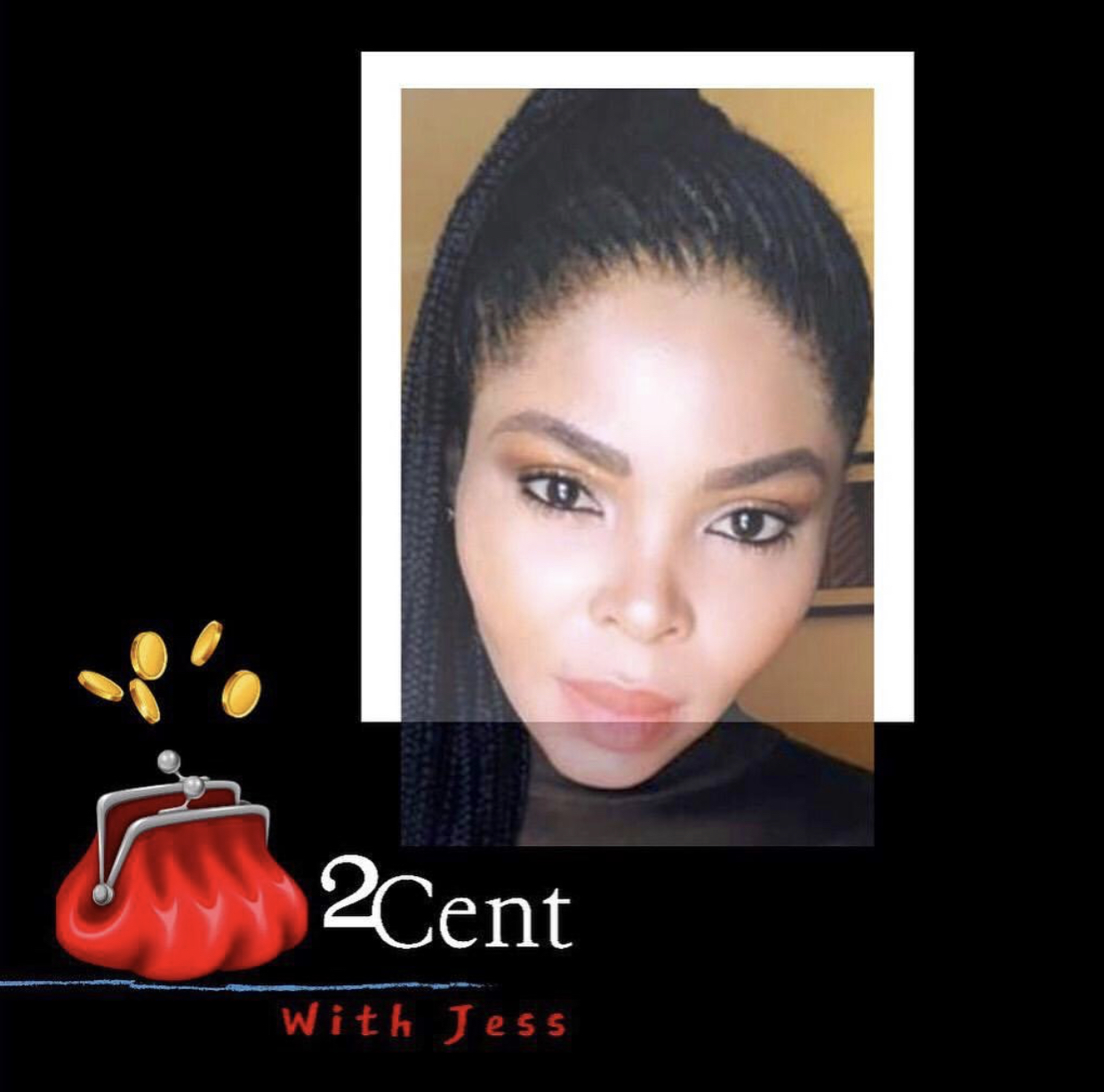 Safeguard your mind.
Your kindness will help feed and gift those who are stranded or lack the means to celebrate on Christmas Day.
Don’t sell your votes!
DUK! X pj
Don’t give up! X pj
The caption although relatable is not totally in sync with the illustration.